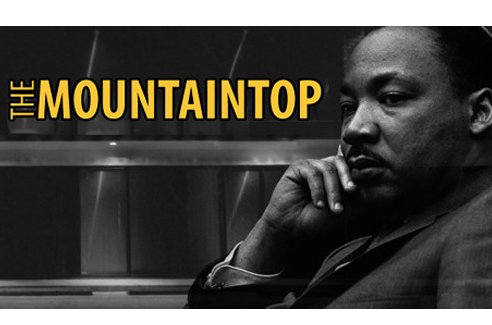 A seasoned instructor at a local yoga studio told me that she would often watch Martin Luther King speak, reflecting on how he spoke and why people followed him.

Dr. King’s “I’ve Been to the Mountaintop” speech, delivered at Mason Temple in Memphis, TN on the eve of his assassination has always been the speech that moved me most deeply, so after hearing a senior instructor share her experience, I decided to listen to the speech from beginning to end for the first time in many years, and certainly the first time since becoming a yoga instructor.

I should not have been as surprised as I was that Dr. King’s great speech answered so many questions that I had about yoga and life.  He was grounded with unshakeable conviction in the same source of life and love that moved through Moses, through King’s Christian Church, and through Gandhi and Thoreau, whom he admired and who drew inspiration from the Bhagavad Gita.

I had taught Patanjali’s Yoga Sutras to teachers in training, but it was not until listening to King’s great mountaintop speech and applying it to my yoga practice that I felt I could say anything of value about what Patanjali tells us is the deepest and most vexing problem at the heart of human existence: the fear of death.

Every single human being is affected by the five kleshas, or poisons: ignorance (avidya), ego (asmita), attachment (raga), aversion (dvesha), and fear of death or clinging to life (abhinivesha).  Patanjali tells us that even great sages have a hard time with this last one, and talking about it was always daunting to me.  It remains a tough subject to bring up, but I know I am listening to a man who has conquered this greatest of all human afflictions when I hear King’s closing words:

Like anybody, I would like to live a long life. Longevity has its place. But I’m not concerned about that now. I just want to do God’s will. And He’s allowed me to go up to the mountain. And I’ve looked over. And I’ve seen the Promised Land. I may not get there with you. But I want you to know tonight, that we, as a people, will get to the promised land!

And so I’m happy, tonight.

I’m not worried about anything.

I’m not fearing any man!

Mine eyes have seen the glory of the coming of the Lord!!

I do not expect ever to approach such freedom from abhinivesha, but I feel I can now teach this section of the Sutra competently by bringing up King’s example.

Those to whom King spoke included some of the most downtrodden people in the world, and he believed in the sacred dignity and power of every individual present.  His message was one of uplift, seeking to awaken in people a knowledge of their true destiny:

I can remember when Negroes were just going around as Ralph [Abernathy] has said, so often, scratching where they didn’t itch, and laughing when they were not tickled. But that day is all over. We mean business now, and we are determined to gain our rightful place in God’s world.

This quote from Ralph Abernathy, King’s companion in the struggle for civil rights, struck a chord deep within me because of my own experiences with yoga as a tool for overcoming trauma.

King was speaking within the tradition of the African American church to people targeted by anti-black terrorism, and he was encouraging them to stand up, cast off their chains, and to overcome oppression from hostile forces as well as to unlearn the thought processes that many people develop as a way to cope with a traumatic existence.

The last thing I would want to do is distort King’s message by taking it out of his own time and place.  Yet I have studied enough of King’s life and work to understand that he wanted to be a light of solace and hope for all of suffering humanity, and I have to say that nothing else I have ever heard so fully expresses what it is like to overcome what the ancient Indian philosophers called a samskara—an imprint left on the mind.

Abernathy’s bodily metaphors were initially so triggering for me as a survivor of childhood trauma that I wanted to stop listening, but then I realized the whole point was that it is time for those imprints to be erased.  King gives a most eloquent expression of a truth I first discovered through yoga, the truth that I can live freely in the present with no need to let the past determine who I am.

The speech begins with a powerful affirmation that our own present reality is a precious gift.  King begins by mentioning many of the great epochs in human history, such as Classical Athens, Renaissance Italy, and the Europe of the Reformation, and he concludes that there was never any time he would rather live in than his own.

That was also the message Krishna taught to Arjuna, and it is a message I take to heart every day as I try to live by the principles of yoga.  My practice only exists right here and right now, so how can I make the most of it?