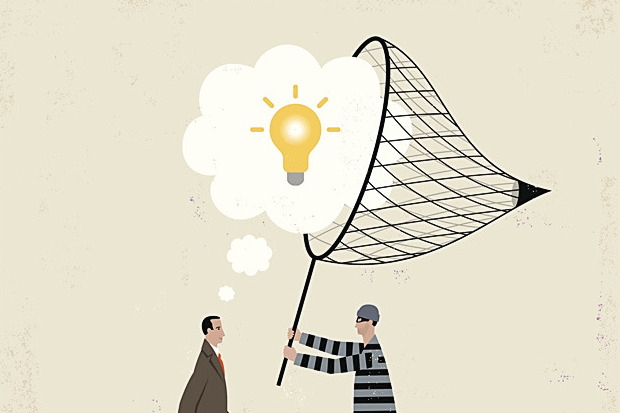 A few years ago I wrote 6 Reasons To Stop Obsessing On Alignment.

Posted on a major yoga website (now defunct), it went viral. It was shared over 500,000 times and read by millions. It spawned dozens of other articles, some agreeing, most disagreeing, but none were half as popular.

The article was translated into French, Spanish, German, Italian, and many other languages. I’m not sure how many, because most of these were done without my knowledge.

Doing a google search for the article will show how many websites have posted the article in its entirety. All without my permission. Some without my name.

Exposure is a funny thing. As a currency it keeps the yoga industry running. As a word it is most used when someone is about to exploit you.

“I have given my time, energy, and money to causes which paid a few at the top while leaving me and others with nothing but a little “exposure.”  This is the new norm in the corporate world of yoga: people invest time and effort only to be paid in “exposure” while a few at the top are paid in cold hard cash.”
~ Chris Kiran Aarya, Energetic Pyramid Scheme: The Yoga of Exploitation

It has been years since the article was published and went viral. And yet, I  have not received a penny, nor have I gotten an invitation to teach anywhere because of it. I never even received a “Thank You” from the original publisher that benefited the most from my work.

Years after the first publication the article is still shared, but with much of the initial viral effect faded, I can look back and see what I learned:

Sure posting an article or video on that huge Yoga Blog site will get you more hits, but it also means that any revenue you might have earned on your own website or YouTube is going into someone else’s pockets. And as long as your work is on someone else’s site they will continue to earn money off of it.

Ultimately it is your choice, but if you work for yourself you can get paid and present your work how you want. And if you think editorial control isn’t important you should know that I received hate mail for a solid year because an editor changed an image in an article I wrote.

Start  Supporting One Other
Yoga teachers have a tendency to eye every other teacher as a competitor. This is really harmful to our communities and our businesses. No two teachers are the same. Everyone has something to offer. There are enough students to go around.

If teachers worked together to promote one another’s work, workshops, writings, etc., we would have no need for large corporate organizations that make millions by not paying their workers. We can rely on one another to reach more students, share our knowledge and experience, and create an industry that is both ethical and fair.

Once Your Work Is Out There It Is No Longer Your Own
If it’s an article it will be plagiarized. If it’s an instructional video or a photograph it will end up on a foot fetish site. Yes, this also happened to me, as well as many other yoga teachers I know. Some teachers want this because it will get them more social media followers. Followers from porn sites will not attend or book you for workshops, they will not read your articles, they will not buy your book. They are more interested in free masturbatory fodder than yoga, so really think about what you share and where.

You can try to stay on top of your intellectual property, and I encourage you to do so, but it is exhausting. When approaching a site that has stolen your work, first ask for credit and links back to the original. If that fails, you may need a lawyer.

Stop Working For Exposure
If it won’t pay your rent or put food on the table just walk away. It’s not karma yoga if someone else is making money off of your hard work, years of practice, and training. It’s not seva (service) to live in poverty and work to make someone else rich(er).

If every yoga teacher stopped working for exposure we would all get paid like we deserve.

In a perfect world the yoga industry would be run by yogis adhering to a yogic philosophy, following yama & niyama, having faith in karma, and generally trying to do the right thing. Sadly, the world is not perfect.

Only you can protect your own interests. Yoga is a billion dollar industry, and those at the top are not working harder than the rest of us. What they are doing is exploiting yogis with the promise of ‘exposure,’ claiming karma yoga, or even misquoting scripture (the Bhagavad Gita) by asking workers to “renounce the fruits of their labor.”

If you work, you deserve to get paid for your work. It’s that simple.