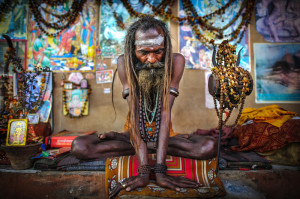 In the past few months we have seen numerous articles claiming that yoga has been ruined – destroyed by the Western world and its consumerist culture.

Some articles and films try to claim that one nation “owns” yoga, and any other influence only tarnishes the practice. All this media vehemently asserts that the West, and America in particular, has damaged yoga. They say the West has reduced an ancient practice of discipline, self-development, and transcending our humanity to merge with the divine, into sexy gymnastics and fancy pants.

Well, we hate to burst the bubble of so many critics, but…

The practice remains untouched and unspoiled by the world, because the practice, and we mean the real practice of yoga (and that includes meditation, morality, self-study, and austerity) cannot be changed. It is incorruptible.

What has changed is the public perception of yoga.

What the average person knows as yoga has become ubiquitous with classes and gimmicks popping up everywhere.  The image and idea of yoga has been appropriated to sell everything from shoes to margarine to celebrity. It has been commercialized, glamorized, and sexualized.

Many people claim to do yoga but they are really doing nothing more than asana.  While we, and many other teachers, have been kvetching about this for years, it continues. Asana alone isn’t yoga, but it can be yoga if it is partnered with pranayama, and meditation.

Alas, most folks are content with simply transforming their behinds, not their lives, and not themselves.

Some practitioners find themselves becoming more receptive to the full practice as they engage in an asana practice, but they are rare. Usually most practitioners get bogged down in the pop culture version of the practice: a confused mess of Indian philosophy, Buddhism, New Age, Tantra, and The Secret.  It’s not so much yoga as it is cherry picked ideas that are usually misunderstood by people seeking yoga, or it is too often used to justify bad behavior. And yes, its an easy trap to fall into.

For these reasons alone it is very easy to blame the Western world – and especially America – since so many of these trends and gimmicks are coming from there. Americans are self-effacing, and it is worth noting that the articles blaming America for the destruction of yoga are being written by Americans.

But, many teachers (including Americans) have held onto and share the deeper practices. It is not uncommon to find experienced Western yoga teachers studying Sanskrit, Vedanta, and Tantra (and not the commercial version of Tantra that is packaged as sexual promiscuity, and the promise of orgasms leading one to enlightenment – because that’s not Tantra any more than competitive contortion is yoga).

Yogi Gupta and many other yoga masters that flocked to American shores in the mid 20th century. They came for two reasons:

The first is because American culture and history is built on rejecting both history and conformity (and there is nothing more non-conformist than Yoga – as it rejects identifying with the world, body, and mind.)

American culture has also been one which embraced the idea of reinventing and finding one’s self, and so much of the country’s literary and cinematic culture keep this idea alive. This made the USA an ideal place to share this ancient practice and embrace a new spiritual model and practice steeped in a mysticism that is only accessible through personal practice. 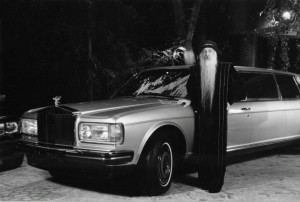 The second reason they came was for the money. America was one of the richest nations on earth, and these gurus wanted to get paid, and there’s nothing wrong with that.

While yoga teaches us to reject the baseness of the world, it still teaches us that we must face our responsibilities and make the world a better place.  Many of these gurus used the money they made to build ashrams, schools, orphanages, and hospitals in India. And others bought a lot of gold jewelry, Rolls Royces, and sexual favors – getting laid as well as paid.

We can’t blame any one nationality or philosophy for basic human greed and lust.

There are many cases of teachers abusing students, such as the child sex abuse scandal in Australia or the ongoing sexual assault and rape allegations against well-known teachers in India and America. There has been much harm done in the name of yoga.

But even this can not ruin the practice.

There have always been false teachers and fake gurus.

There have always been phony spiritual leaders ready to exploit and abuse sincere seekers and their children. This includes Indian teachers as well as American teachers and European teachers.  These teachers weren’t living the practice – they were only using it to satisfy their desires and their egos. That is hardly yoga.

We see thousands of Westerners flocking to India every year to train or study, assuming that proximity to the source will somehow give them a better training and more credibility and in some cases, they find it.  But going to India does not guarantee authentic teaching. The sad truth is that yoga as an industry generally sucks and it always has.

Yoga is now more popular than ever – and when there is money to be made gimmicks abound, often with ludicrous results.

A friend and yoga teacher recently went to India to study at an ashram.  We watched his daily social media posts and his pictures were of him practicing what looked like pole dance. At an ashram. In India. Studying with Indian teachers. What he was learning is an Indian form of gymnastics called mallakhamba.  We mean no disrespect to pole dancers or gymnasts, but we have never heard of it being used as a method to attain enlightenment. Just because it is Indian doesn’t automatically make it yoga.

What we can do is keep our eyes open for predatory behavior, sound the alarm when we see it, and support those teachers who are honest and trustworthy. Those teachers won’t ask for a fortune or fornication. They’ll usually tell you things that you won’t like to hear, but they will help you become a better person and guide you on the path

Yoga, like the true self can be neither tainted nor corrupted.

It isn’t helpful that the public perception of the practice can paint us all with an ugly brush, but just as we learn to see the difference between the ego and the true self, we can take heart that the practice remains unspoiled and ready to be found by those who sincerely seek it.  Yoga can’t be destroyed any more than the true self can be destroyed.  Yoga is a path back to the true self. Sure, we’ll encounter pitfalls and false teachers along the way but it is no different for us today than it has been for students throughout history.

Honestly, most of the practice is slow, annoying, and sometimes boring. Of course arm balances are sexy and impress your friends at parties, but they aren’t likely to make you take a good hard look at yourself and see how you can be a better human being. The practice includes simple and everyday things like cleaning up your house and your language, or even harder, sitting in stillness and trying to control the mind.

Yoga pants and props don’t help with the real practice, and neither do they detract from it. The practice has nothing to do with accessories, appearances, or location.  Assuming they do is nothing more than an ego trap.

So, let’s stop pointing fingers at who is to blame for inauthentic yoga (while still protecting practitioners from abusers), and start celebrating and promoting the authentic teachers we already have within our communities.

And while we’re at it, let’s stay committed to our practice and remember that:

Yoga has not been ruined because it can’t be ruined.