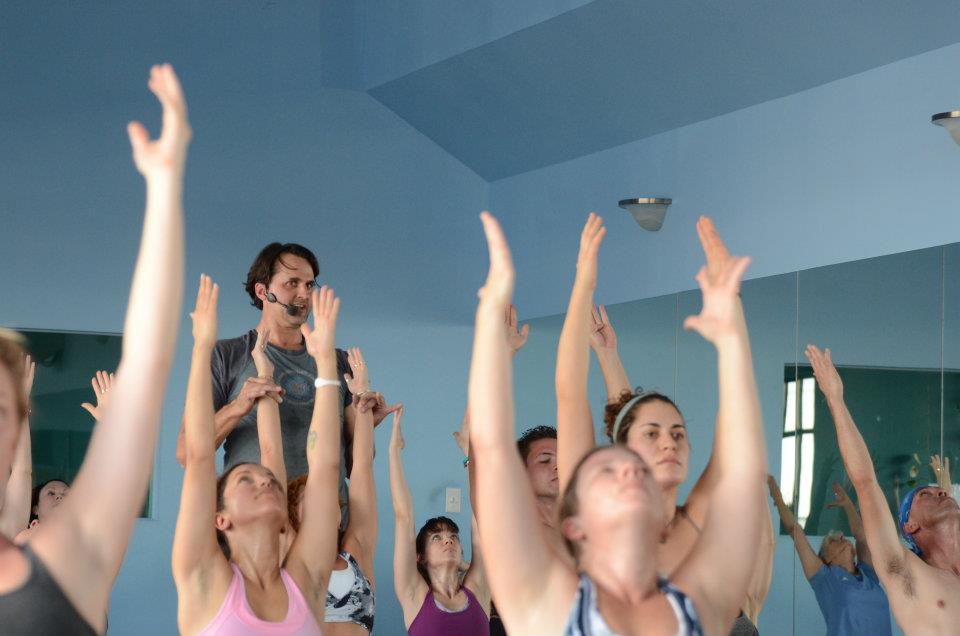 Picture yourself fully present in a pose during yoga class when suddenly, the teacher adjusts you in a way which throws you off balance (either physically or energetically).  Perhaps he twisted you forcefully into your revolved triangle or she grabbed and adjusted your feet in headstand in a way which did not seem very supportive, but more corrective.

In another class, the teacher gently and quietly approaches you and provides a gentle hands-on assist which is supportive and allows you to more fully feel the energy of the pose (asana).  And in most classes adjustments (if any),  are given verbally and focus on foot and hip placements, etc.   While such verbal adjustments (not to mention clear instructions) are necessary, they still seem incomplete.

I’ve come full circle on the entire question of hands-on adjustments in yoga after years of either not being adjusted while everyone else was (I’m a pretty tall guy so teachers didn’t always know what to do) or felt unsafe as a teacher forcefully tried to move my body in a way it wasn’t ready for.

After spending the last few months doing some intensive training with Doug Swenson in South Lake Tahoe (which included many days and hours of practicing gentle hands-on adjustments), I’ve come to embrace a new appreciation of them and now count myself as an enthusiastic supporter.

Doug Swenson’s four golden rules of yoga adjustments, as he taught them, were to:

What I find so refreshing about this approach, as we learned it from Doug, is that its not so much corrective as it supportive.  In fact, calling them adjustments is something of a misnomer since his methods are more akin to an assist.    Of course I really depends more on the teacher than on the student.  And what I’m talking about here are not the potentially perilous issues of human touch, asking permission first,  nor liability issues but rather a matter of intention.

So, in addition to Doug’s four golden rules of yoga adjustments/assists, I humbly added the following to my own approach:

If I give an adjustment which forcefully twists or lifts a student into a “fuller expression” of the pose, I could not only potentially hurt the student, but would be allowing my ego and energy to interfere with (rather than support) their experience.   At the same time, if I provide a gentle hands-on assist which supports them in the energetics of the pose in a way which allows them more fully open into it themselves, then I am supporting their intention and practice.

Such corrections focus on the core of the body rather than on hand and foot placement or hip direction.  That said, I’ve already found that most students will correct their own hands and feet once their core energy is gently assisted into moving in the right direction (and not just moved into the right direction).

And even while being gentle and supportive, it can be disruptive for a student when, instead of the teacher getting on the student’s inhale/exhale breathing pattern, they approach and tell them student to inhale when they are just starting their exhale.  See Doug’s rule #2!

Of course its difficult to fully express this approach to yoga adjustments/assists without demonstrating them in person (or giving a workshop) but I hope that these thoughts can open up a broader discussion of them in general.  Why don’t more yoga teachers do them?  Why aren’t more yoga teachers trained in them?  Why are we afraid to touch?   And perhaps most importantly, what will benefit our students the most in their practice?

With deep gratitude to my teacher Doug Swenson

« Putting Peace and Compassion Into Practice. ~ Chris Kiran Aarya
How To Be A Supportive Friend During A Breakup. ~ Chris K. »