Words of Advice For Young Men Who Find Themselves in the “Friend Zone.” ~ Chris Kiran Aarya 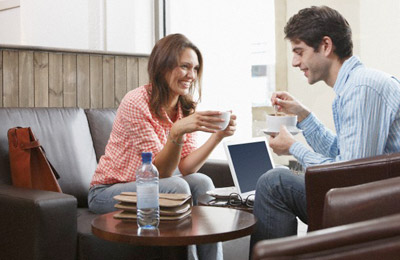 There is something I see young men talking about these days that I can’t say we talked about when I was a lot younger, and that is this whole idea of being “put into the friend zone” by a woman.

I know this means she is someone you are interested in possibly dating but instead you feel like she just wants to be friends with you.  And we’ve all felt the heartache of unrequited love but stay with me, it gets better.

If she wants you to be her friend, it means she does not think you are some kind of creeper or over-the-top sleazeball that she wants to keep at least three blocks away. (Or maybe you are and she is just trying to be nice). Either way, being someone’s friend means being able to spend time with them and do fun and interesting things together. This is not something to turn your nose up at.

Next, having women as friends means sharing, being open, listening, and being challenged from time to time on how you approach important things in life. These interactions are priceless and are not the kind of thing you can get from hours of talking with your male buddies about who was the better running back in the 90s or why Georgia will win the SEC this year.

In short, having female friends makes you a better man. It makes you the kind of man that an incredible woman will want to be with. It just may not happen for awhile since becoming that better man can take time.

Finally, no matter how big your crush was or all the wonderful and romantic things you dreamed of doing with her some day (its OK, I know you think of these things but would never tell a soul), just because someone is not attracted to you its not a character flaw on their part…or yours. There is someone for everyone and finding that right person means being that right person too.

Any good and long lasting romantic relationship between two people is based first and foremost on a healthy friendship among equals. The sooner you learn to enjoy being friends with someone, and I mean real friends (not just acquaintances), the sooner you’ll be ready to be one half of any amazing couple once you find the right person for you.

So, the next time a girl you are interested says she just wants to be friends. Take her up on it and be her friend – for real…and not just to see if she’ll change he mind and want to be with you.

Yes, I know, some people think that men and women can’t be friends because of the sexual tension, etc. To that I say BS.

Most of the best and longest lasting friendships I have in this life are with women and their friendship has made me a better man, not to mention a better husband.

The question is, are you man enough to be friends with a woman?