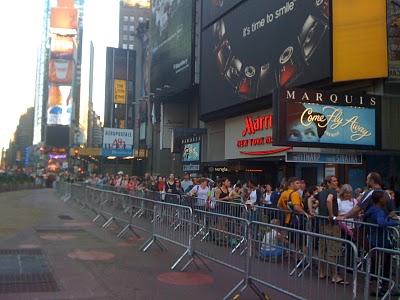 We’ve all seen the ads for daily deal sites offering a pack of yoga classes at a newer studio for some ridiculously low price.

Twenty classes for $20—come and get it before midnight! For the cash strapped yoga enthusiast, these deals are hard to resist so they get bought up by thousands of people in cities all over the USA.

According to experienced studio owners like Maya Georg, founder of Sani Yoga in Albuquerque, “aggressive salespersons from these sites are constantly hounding studio owners with a hard sell to sign up for these deals with promises to to expand your presence and get free advertising.” If only it were all that simple.

Hey, I’ve even posted links to such ads on my Facebook wall for studios where I was teaching, but the more I’ve seen the effect daily deal sites have on yoga studios and communities, the more I’m convinced they are bad for yoga in America. Here is why:

It Changes The Energy Of The Studio.

It all starts at class check-in time with a line of people out the door and a teacher and/or work trade student working the desk and either starting the class late or seeing a stream of new students (sometimes still wearing their shoes) come walking into class several minutes late.

Teaching in the aftermath of a big daily deal offer is like watching a herd of buffalo stampede into your classes, changing the vibe and dynamic you’ve taken months or years to cultivate with your students.

We’ve all seen it, right? So often these new students arriving en masse do not understand basic yoga etiquette and require extra special attention to keep them safe. As a teacher, you end up going into workshop mode on the basics much more often, which is not a bad thing—while the more experienced students feel like they are circling back rather than advancing their practice. Basically, it changes the relationship between the studio and its student community, and seldom for the better.

Flows and sequences you’ve developed and grown with your students end up being modified and watered down while your loyal regular students seem perplexed and not as satisfied as they once were.  Its not uncommon for a regular student say they’ll stop coming to class until the daily deal herd has moved on to the next studio.

While such a setup could work if these new students were buying into an introductory program where they could learn the basics and then move into regular classes, few studios ever make this arrangement and rather use it as a way to fill classes and get the “energy up.”  The problem is that too often, it has the opposite effect.

It Has A Corrosive Effect On The Community.

This stampede of new yoga students paying next to nothing for yoga classes does not go unnoticed by the loyal student community, who have been buying 10 class packs and doing monthly auto-withdrawal deals with the studio for years. Many of them are on a tight budget as well but they make decisions in their life that enable them to keep supporting the studio community.

How should they feel upon seeing their favorite studio offering classes to others at 90 percent off what they have been paying all along? And in the process, these same people paying next to nothing have changed and watered down the groove of the classes they loved the most. So, by taking this shortcut effort to grow the student base, the studio begins to alienate the loyal student community it worked so hard to cultivate. Is that fair to anyone?

Its Not Really Effective For Growing A Student Base.

Some yoga studios decide to do a daily deal offer as a way to attract new students but in the end, its not been proven an effective way to draw and retain the students who will make up a real community.

Depending on how pervasive such deals are in a given city, its possible for people to buy up several daily deals for yoga and go to classes for about $1 each for an entire year. In fact, I know of few people I know do just that.  There are certain people who will always take the cheapest option available to them and bounce around to wherever they can take a class (regardless of quality) while paying as little as possible. While a studio may be able to retain a few of these students, 95 percent of them are just looking for the next good deal to move onto and the remaining 5% could have been attracted to the studio anyway for far less trouble, cost and effort.

The assumptions made when deciding to try a daily deal offer would be valid if it was the only studio in town making the offer but we all know that is not the case. As soon as one studio advertises a daily deal offer, others follow suit with several studios all chasing after the honor of hosting the same herd of deal-seekers at a rate of $1-2 per class.

So, instead of growing a student community, it creates a localized race to the bottom that changes the entire local yoga scene, making it more competitive than collaborative.

It’s a Danger To A Studio’s Survival.

I’ll come right out and say it, relying on daily deal sites can present a very real danger to a studio’s survival.  And whether you’re a studio owner or support a studio you love, there are some things to be aware of.

If a studio offers a standard daily deal such as 20 classes for $20, and sell 1000 of them, the gross on that sale is $20,000—but only half of that goes to the studio with the daily deal site keeping the other half (if not more).  With a low end average price of about $10 for a yoga class, this means the studio is now on the hook to deliver $200,000 worth of yoga classes for an intake of just $10,000 (in some cases, the studio gets even less).  The reality is that its just plain impossible to pay the rent on the space, keep it clean and beautiful, and pay teachers with these deeply cut rates. So, the studio takes a big hit financially right from the start.

And the response to this observation is usually that revenue from the existing student base will be enough to carry the studio along through the wave of daily deal students, but that’s not usually how it works.

First, the loyal students will begin to ask if they can buy the deal too.  This places the studio in a tough spot of either telling a loyal student that they must continue to pay full price or giving them the same deal as the newbies and thus cutting further into the studio revenues necessary to keep the place running.

Secondly, the changed energy of the studio leads some students to leave and find another place to practice, even if they love their teachers (they’ll usually start taking more classes at another place the teacher is working).

End result:  more lost revenue, a smaller student community, and a more competitive (instead of collaborative) local yoga community.  In my humble opinion, it’s a big reason why we see so many more yoga studios opening and then soon closing these days – especially the ones that have relied on daily deal sites to attract new students.

Even worse, it makes people think that a yoga class is only worth $1, cheapening every aspect of the practice, the work teachers put into it, our lineage, and the sacred spaces in which we share this gift. 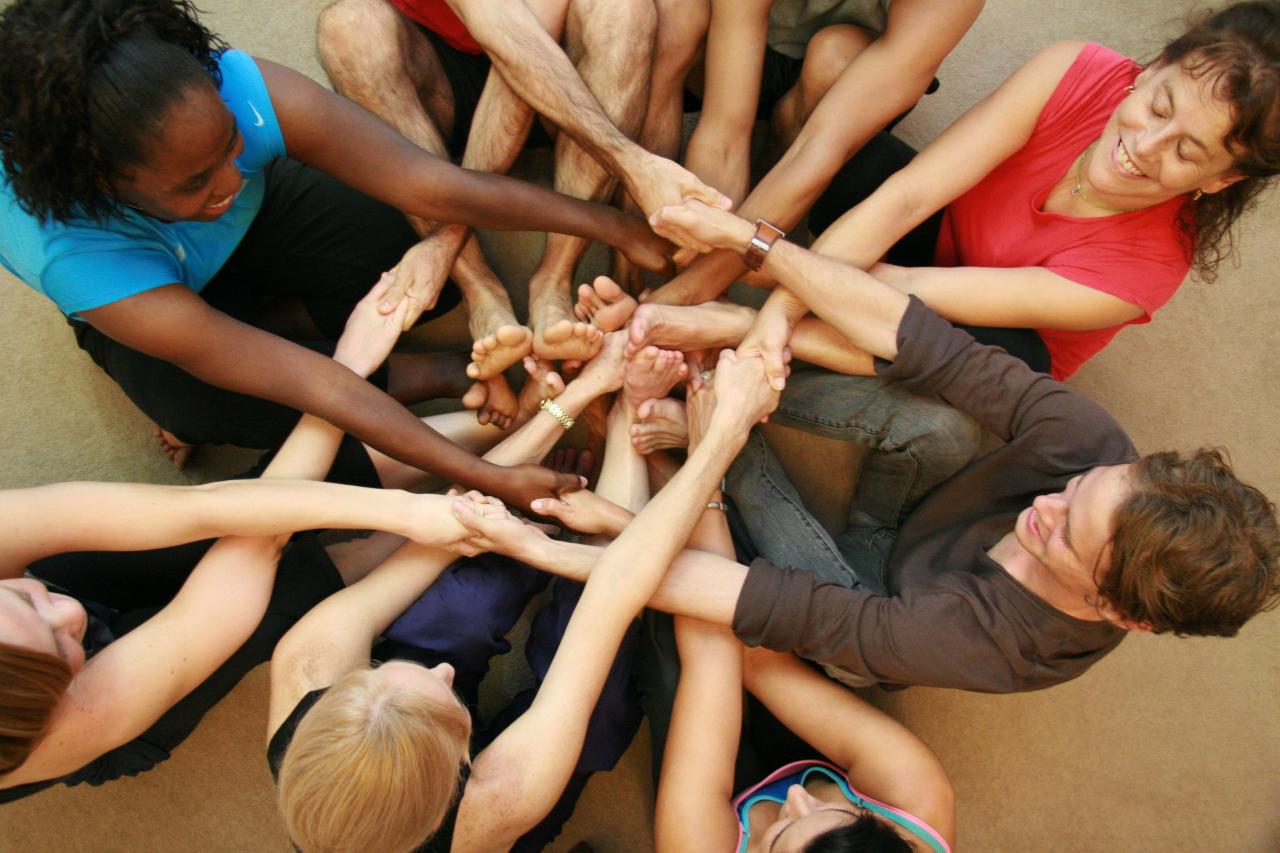 What Can You Do About It?

There are other more effective and less energetically turbulent ways to grow your student base but just like yoga itself, they are slow and require patience and persistent practice.

Think about the most solid and longstanding yoga communities in your city and I’ll bet you never see them offering daily deals to get people in the door. Chances are, they started small, stayed authentic, and built a community with their students over time—focusing on serving the students who came through their doors.

A prime example that comes to mind for me is Vital Yoga in Denver, Colorado. Fourteen years ago, Micah Springer started a studio in a small 320-square-foot studio in her basement and soon her sister Desi was onboard. The two sisters took their time building a true community and today that studio is now the expansive and vibrant Vital Yoga in the Highlands district of Denver, offering 50 classes per week in rooms which can hold over 100 students.

One very simple low-tech way to bring new people into a studio is to periodically offer a “Bring a Friend For Free” week so regular students can bring a friend in to try yoga. This method is not only less turbulent and costly as a daily deal site, but it strengthens, rather than weakens connections within the studio’s community.  Plus, the chances of retention are much higher since there is already a personal bond between the student and the friend they bring with them.

Another idea from yoga teacher and therapist Sean Downes is to band together with other studios to offer a card that allows students to attend classes at one of several different studios—perhaps one to two classes at each of four to five studios—a sort of local yoga sampler card.  Such an approach would not only build collaborative ties within the local yoga community but give students a way to attend classes at several studios at a the same rate as buying a multi-class pass at a single studio.

But in the end, its truly about offering quality instruction from competent and compassionate teachers and continually renewing and strengthening the community.

As a student, you have the greatest impact on this since you make up the community at the studio (s) where you practice.  If you feel well served by a teacher, don’t you think they deserve to receive some value for the thousands of hours and dollars they’ve spent to prepare themselves to teach you, not to mention the love and care they put into crafting the class you’re taking with them today? Don’t you want the doors of your haven from the chaos of the outside world to stay open?  If so, why not do something about it?

I’ve lost count of how many times someone drinking a $5 iced mocha while reading a glossy $8 magazine and texting on their new iPhone (with professionally manicured nails) told me they’d love to go to yoga more often but that its just too expensive.   Obviously for most people its not a matter of means but choices.

The choices we make every day on where to put our energy and where to spend our money make up both our lives and shape the world around us. And its not just yoga studios; it’s the bagel place around the corner or the cozy bookstore you now miss since they recently shut down.

So, instead of chasing after the latest online daily deal, how about taking a look at where you’re spending your time, energy, and money, walking into your favorite studio and making a commitment not only to your practice, but to the teachers and community which support it? It’s a great way to help ensure that the teachers and studios you love will be there with you along your journey.