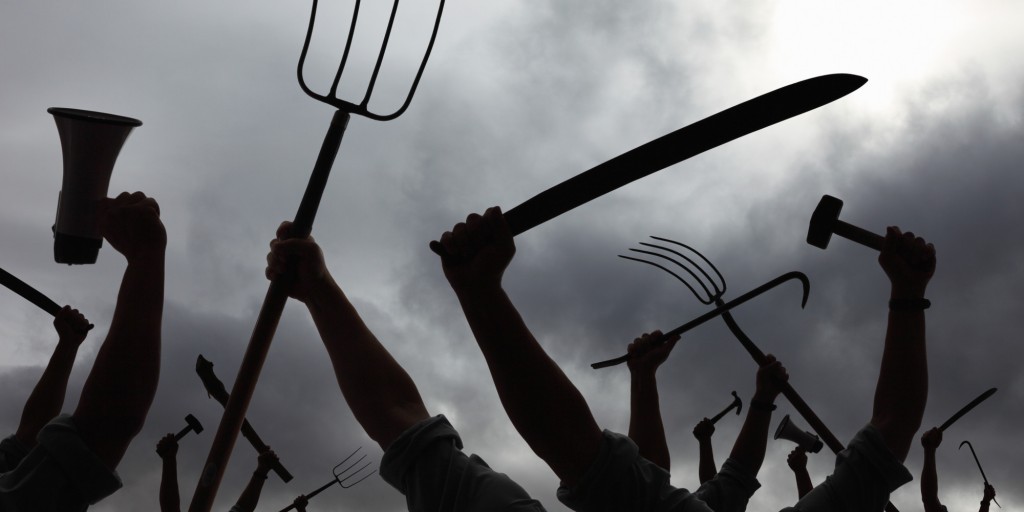 We’ve both been subjected to a lot of violence in our lives.

We’ve both had guns pointed at us. We’ve been in abusive relationships. We’ve both experienced the extreme of violence, having others try to kill us. We’ve been slapped around, berated, bullied, beaten, blackmailed, abused and humiliated. We’ve had malicious rumors told about us, we’ve been stabbed in the back, and had the things we’ve held dearest taken from us by people we trusted. We know what it’s like to be a victim.

This article is not about that.

This is about people pretending to be victims in order to exploit others. This is about how to respond if you are victimized, and how the urge for vengeance that often accompanies it can take us away from our spiritual path.

But when people manipulate it, this amounts to exploitation. As victims, we stood up to our attackers. We stood up for ourselves and walked out of abusive relationships.  We confronted every attacker we have faced. This gave us strength and allowed us to move beyond being victims; it allowed us to be ourselves.

When someone has been truly injured or violated, they deserve our love and compassion. But when people manipulate our empathy to play the victim they seek advantage and attention, they are exploiting our emotions to serve the selfish needs of their ego. Even worse, they can hurt innocent people in the process.

Overblown or feigned injury has been used to justify aggression and violence throughout history. Hitler justified his 1939 invasion of Poland by claiming that ethnic Germans were being persecuted there.

In 1994 when the President of Rwanda’s plane was shot down, Hutu extremists blamed the Tutsi minority and called for their extermination, touching off 100 days of killing that left over 800,000 dead.

The United States invaded Iraq in 2003, claiming not only that it was linked to the attacks on 9/11 but that it was developing weapons of mass destruction. While neither of these was true, much injury was caused to thousands on both sides as vengeance was sought in the name of a lie…from a nation playing the victim.

It also happens in our own communities. In the yoga studio scene, this manifests when teachers leave one studio to open their own business. The departing teachers are often accused of stealing contact information for students, or just stealing students. The departing teachers claim abuses at the hands of their former employers. We have seen studio owners actually abuse and harass employees then turn around and make outrageous and false claims about them, harming the teacher’s reputation. There are also the rumors started between rival teachers, claiming incompetence or negligence.

Sometimes both sides hold a contest to see who can garner the most sympathy but in many cases, one party asks you to choose sides and heap scorn on the other while the other remains either conciliatory or silent, and moves on. 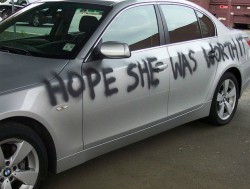 How do we discern the difference between a call for justice as opposed to a call for vengeance (whether the reasons are true or not)? How can we tell when our empathy is being manipulated for malefic reasons?

Imagined or otherwise, vengeance is always wrong and while justice calls for an end to violence, vengeance perpetuates it. Regardless of whether someone is an actual or feigned victim, vengeance is never justified.   The bloody history of war and genocide in the Balkans, with centuries of violence justified by calls for vengeance is a very visible example of this dynamic.

We can tell the difference because the true victim calls for justice, and justice is a call for the end of violence. The true victim confronts the perpetrator and brings attention to the appropriate authorities. They do not create an angry mob to wreak havoc and destruction. They do not seek attention, they do not feed their ego.

Those that manipulate and exploit our good nature call for vengeance. This only perpetuates violence, whether it be physical or energetic. These are the people that demand the attention of others. They need to create drama, and keep themselves in the center of controversy, safely insulated in the cloak of victimhood.

And what if you or someone you love is actually victimized, does that then justify vengeance? Is revenge ever excusable?

The universal message of the divine, in all its forms, is to not heed the siren call of vengeance, which speaks to our visceral selves, but to respond from our soul with love and compassion. While on the path of yoga we seek to honor and abide by ahimsa, non-harming. Christianity and Buddhism offer us some of the clearest explanations of how to respond from our soul when our lizard brain urges us to react with vengeance.

Jesus told his followers, “You have heard that it was said, an eye for an eye and a tooth for a tooth. But if anyone slaps you on the right cheek, turn to him the other also…do not repay evil with evil. But I tell you, love your enemies and pray for those who persecute you.”

A quote often attributed to the Buddha, but actually from Buddhaghosa says; “When someone has done us wrong, we fly into a hot rage and fierce fury! But why then do we thus repeat and commit the same evil as we just blamed the others? If you are in rage, and longing for revenge, whether you return some evil to him or not, you will ever more torture yourself with the pain that always inherently is born of any hate.”

Indeed, trusting in the law of karma can be challenging when faced with an onslaught of hatred and bitterness.  Our ego and natural survival instincts kick in and the sweet taste of bringing vengeance upon those who have caused us suffering can be hard to resist.  It can be hardest to resist not when revenge is beyond our powers but when it is well within our grasp.

But it was Mahatma Gandhi, a man who could have easily called on his hundreds of millions of followers to visit violence upon their British occupiers. Instead, he chose to forgo vengeance and seek justice through a path of peace and compassion.

The law of karma is no different than what the Apostle Paul told the Romans when he said, “Do not take revenge, my dear friends, but leave room for God’s wrath.” In his letter to the Galatians, he advised them, “As you sow so shall you reap.” Indeed, the divine order of the universe brings justice but if we seek to salve our ego by doing it ourselves, we suffer in the process. By committing the same act as the aggressor, we become the aggressor ourselves. We also become hypocrites.

As Satguru Sivaya Subramuniyaswami reminds us, “The karma of retaliation returns to the perpetrators with three times the force.”   Indeed, in taking revenge, we perpetuate the cycle of violence and hatred while adding to our own karmic debt.   In the process, we cause others to seek revenge—moving all of us further from the path of seeking unity with the divine within ourselves and the universe.

Staying true on our spiritual path is not easy while also living in this world but then again, its not supposed to be. Our soul experiences great development while inhabiting these bodies which come equipped with a mammalian brain wired the same way it was 10,000 years ago and an ego which often masquerades as consciousness. Without these challenges, our soul lacks the opportunities it needs to grow and develop.

By bringing discernment to our practice, we can sense when our ego (or some other person’s ego) is urging vengeance and respond instead with compassion and justice. This will keep us in our practice, which transforms us into the pure embodiment of love and unifies us with the divine.

Isn’t that why we’re practicing in the first place?