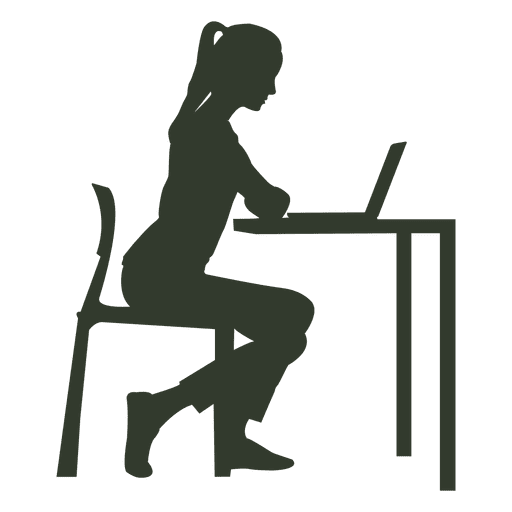 You wake up every day feeling stiff and its only getting worse.   The hours sitting on airplanes, in meetings, in your car, and in front of a computer are taking their toll and no amount of working out seems to alleviate it.

Too many of us make our living sitting at a desk and its killing us. Our shoulders slump, our backs get stiff and weak, and our psoas gets shorter…and weaker.

Over the years I’ve taught yoga mostly to professionals who spend most of their days sitting at desks, in their cars, or on airplanes because I’d see the same problems walking through the door…tight psoas, tight shoulders, and a posture that shows the wear and tear of modern working life.

And let’s face it, our bodies were designed to be active most of the day – not idly sitting in chairs and cars for so many hours.  The Mayo Clinic’s Dr. James Levine calls them “killer chairs” and says that “sitting is the new smoking.”

Its hard not to notice in your students bodies as they show up for class and as any yoga teacher or massage therapist can notice when we see people walking down the street, its often worse in those who don’t do yoga.  You see it in the pelvic tilt and the feet splayed outward when they walk, you see it in the slumped shoulders and “tech neck.”

Sitting is one of the worst positions for the body to maintain and after just 20 minutes hunched over in a chair, blood pools in the legs and pressure builds on the spine.  The same thing is happening when sitting in traffic on your way to and from the job which requires you to sit all day.  Now, imagine the long term effects of so much sitting.

Many experts wisely advise taking frequent breaks to move or stand during the day but these are not enough to overcome the long term effects and potential injury from sitting for so many hours each day.

Over the years, my evening yoga classes have evolved into what I call “Undesking”, or as I say to my students in Germany; Entschreibtischen (undesking).  And our main focus in undesking is to first free the iliopsoas so it stops pulling the body into a posture it was not designed for.

The two muscles which make up the iliopsoas group are the psoas major and iliacus. 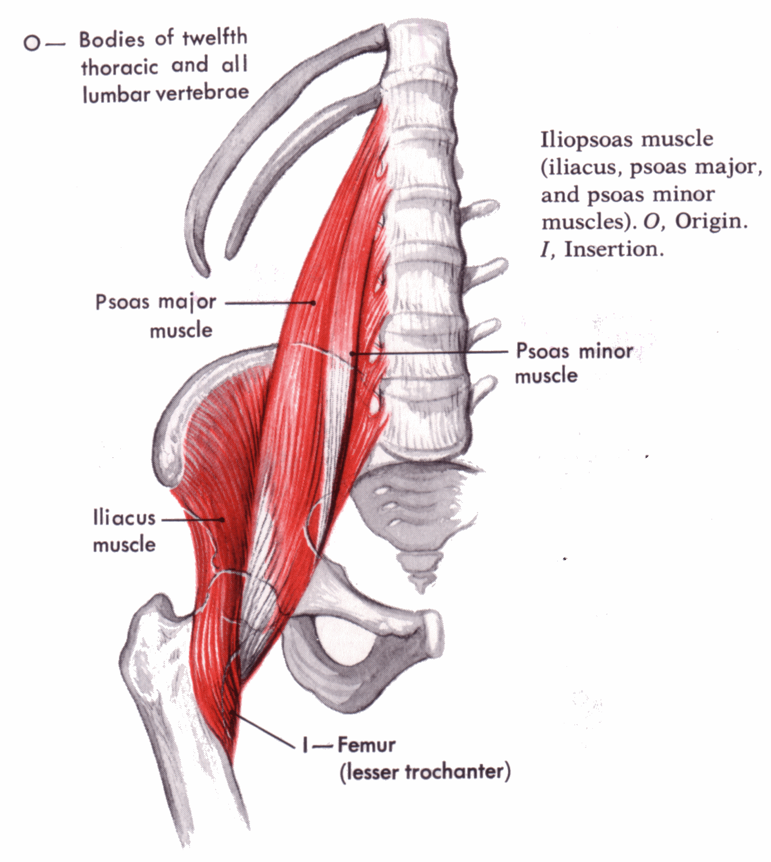 As you can see in the image above, the psoas major muscle attaches along the lumbar spine and intervertebral discs then descends to attach at the upper inner thigh bone (lesser trochanter of the femur).

The iliacus muscle attaches to the upper two-thirds of the iliac fossa then descends to join the psoas major tendon, with some of its fibers attaching directly to the femur near the lesser trochanter.

The main function of both the psoas and iliacus is hip flexion.  When you lift your knee, you are engaging your psoas and when you extend your leg back behind your torso, you are stretching it.  At the same time, since the psoas originates along the lower spine, it plays a major role in holding your spine upright to allow for healthy posture. So,  a shortened psoas can contribute to lumbar lordosis (swayback).

I often describe this dynamic as the muscles of the lower spine being like a team pulling ropes to hold the center pole of a tent upright.   When one side (the psoas) gets too tight, the muscles on the opposite side (quadratus lumborum and erector spinae) work overtime to pull in the other direction.  Since the psoas is a stronger muscle set, it always wins this game of tug-of-war, leaving the posterior side muscles sore and in spasm.  This is what so often people refer to as their “back being out.”

Given where the psoas attaches to the upper femoral bone, a tight psoas can also cause a change to your stride as it turns the femurs outward, making one walk more like a duck.

The psoas has been called a muscle of survival since it automatically engaged every time we are startled or surprised, preparing the body to fight or flee.  Even driving through stressful city traffic which requires constant attention, moving your feet quickly to the gas and brake pedals, and involves some close calls causing the fight-flight response to engage all add up to a psoas is constantly engaging.

The combination of so much sitting and our fast-paced and stress-inducing modern lifestyle chronically shortens and tightens the psoas, leading to lower back pain, disc issues, and knee pain.

But sitting at a desk, in a car, or in front of a TV for so many hours also creates problems for the hips, shoulders, and neck.  Here are a few key examples:

Hip Tilt.   A tight psoas causes the hips to tilt forward which is often compensated by throwing our shoulders back in an attempt to keep sitting/standing upright.  This results in lordosis which then often leads to a weak and sore back.  At the same time, the quadriceps remain tight in concert with the tight psoas so once again, the front body wins the game of tug-of-war, leaving the back weak and sore.

Hunch back and or Rounded Shoulders.   Rounded shoulders can be the result of too much sitting at a desk but also from doing too much front body exercises (and not enough back work), leaving the front and back body out of balance.  The result is the same, a resting posture that is out of alignment.  Rounded shoulders also leads to breathing issues since the lungs are more compressed in the chest cavity.

Tech Neck.  The dawn of the smartphone and the hunched over posture it has brought to modern life is so common today we seldom talk about it anymore.   We’re holding our necks at an unnatural angle when we look at a smart phone, unless you make it a habit to hold the phone up at eye level in order to read it.  For more on tech neck, see the excellent article Why Shoulderstand is Obsolete.

*If you have any medical concerns check with your doctor about practicing yoga, and inform your yoga teacher of any health issues you may have to help prevent against creating or exacerbating any injuries.

Coming Up in Part II:  Undesking: How Yoga Can Help