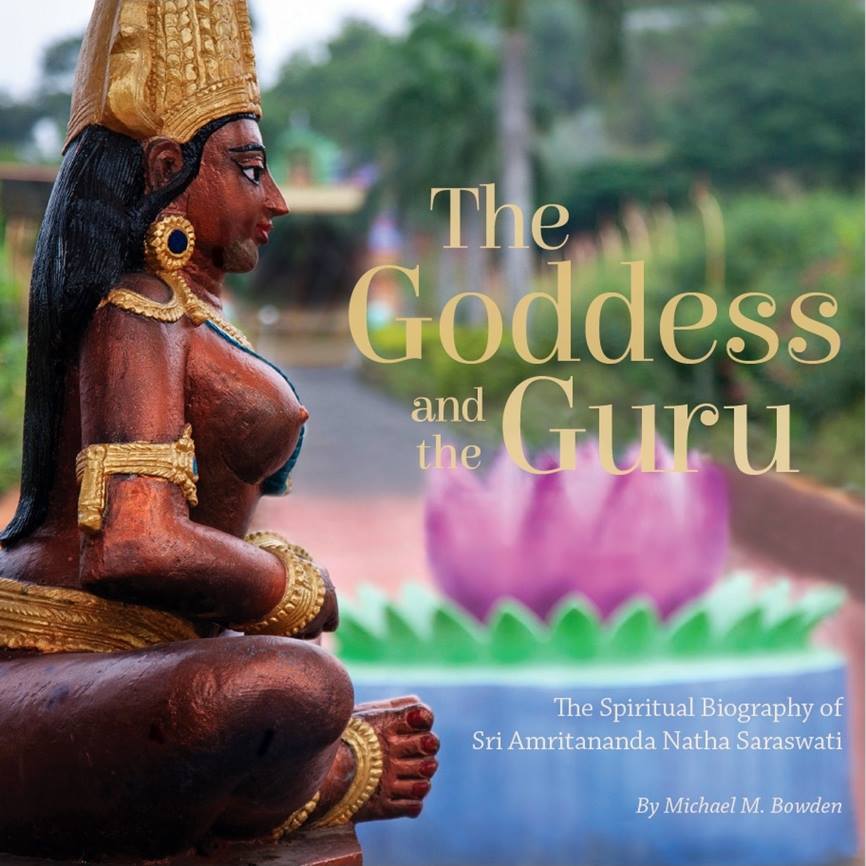 The following is an excerpt of The Goddess and the Guru, the astonishing, inspiring – and yet deeply human – life of Dr. Nishtala Prahlada Sastry (better known today as Sri Amritananda Natha Saraswati); a top nuclear scientist who walked away from his post mid-career to build a Goddess temple in the jungle. Tens of thousands followed. In the tradition of Yogananda’s iconic Autobiography of a Yogi, The Goddess and the Guru is part biography (Sastry died in October 2015 at age 81), part spiritual guidebook – but geared toward a new generation of seekers. It is also an unusually objective account: the spiritual journey of an Indian scientist and mystic as told to an American journalist and attorney. Pre-order your copy here!

“My guru gave me total freedom; how can I do any different?” Guruji would say. “Use the mantras and rituals I teach you whenever and however you want. There is no requirement forcing you to somehow lead your life differently.”

Indeed, he extended this laissez-faire approach far beyond his guru’s original concept, applying it to a broad spectrum of spiritually related behaviors.

Even vegetarianism, a virtually universal practice among traditional south Indian Brahmins, is not a prerequisite for Sri Vidya initiation according to Guruji. Though personally a lifelong vegetarian, he shrugged it off as a “cultural habit” of his family, caste and region—not a spiritual one.

“Non-vegetarians are eligible devotees, too,” he said. “I used to argue that, out of the 10 avatars of Vishnu, only Vamana the Dwarf is a vegetarian Brahmin; all the others are non-vegetarians. So it is a case of vegetarian devotees worshiping a non-vegetarian god!” He laughed. “Why is this? Why can’t a non-vegetarian devotee worship a non-vegetarian god or goddess? Ahimsa, is it? Non-violence? Vegetables like the kushmanda (a red pumpkin common in south India) can live for a full year after being separated from the plant. They experience pain and pleasure too, even if they can’t express it in terms we understand. Himsa [injury, harm] cannot be avoided. It is part of life. Life consumes life; that is the rule. We can’t eat inorganics and live.”

It was a viewpoint fully consistent with Guruji’s general disinterest in the mundane social markers of one’s spiritual path—whether they concerned dress, diet or anything else.

While he never rejected such practices outright, he did advise caution about attitudes and practices that emphasize divisions between people, or that act as “first you must do this” obstacles to the free exploration of one’s spirituality. This philosophy even goes a long way toward explaining his own simple form of dress. “To put on distinctive religious garb and set oneself apart from the rest of mankind certainly flatters the vanity of one’s tribe,” he noted. “But is it spirituality?”

Physical austerity as a pathway to God drew a similar note of caution. “Asceticism is not a requirement for spiritual development,” he said. “Austerities are as much of a waste of time as an overfull belly.”

When a sleekly muscled young male visitor to Devipuram once attempted to elicit Guruji’s opinions on the benefits of advanced hatha yoga practices, Guruji laughed and replied, “You’re talking to the wrong guy! I’m not really built for it!”

When another expressed determination to undertake a strict spiritual fast, Guruji remarked, “It might be good for you, but only because you need to prove to yourself that you are capable of it.”

The dos and don’ts of spirituality, he continually stressed, must come from within.

“All religions seem to preach that there are certain things you should or should not do,” he said. “But who is to be the judge? I think that you, as a divine personality, should judge for yourself what you ought and ought not to be doing. Every conscious decision you make says something about the type of lifestyle you want to lead: whether you should or should not have sex, eat meat, drink alcohol, have coffee— whatever it may be; all the good things and bad things. You are the only person who can decide and tell yourself. Anything in moderation—just don’t hurt yourself, don’t hurt others and don’t hurt the environment. Other than that, you are free to do what you want. This is the fundamental basis of all results in Tantra.”

Our spiritual journey, Guruji taught, can only begin from where we are at this very moment. If any particular mode of eating, dressing or behaving inspires us, focuses us, gives us a sense of community, or makes us feel happier—then by all means, we should indulge as we see fit.

What we should never do is allow such outward signifiers to function as a prerequisite (or substitute) for spirituality itself, or a vehicle for feeling superior to others who dress, eat or act differently.

“If a change has to happen, it will happen from within,” Guruji said. “You will be guided by Devi herself. Who am I to decide for you? You have all the freedom in the universe.”