I had the good fortune to score one of only a hundred seats for The Practice of Leadership, a panel discussion held at the Yoga Journal Conference in New York City this past weekend. The discussion grew out of Seane Corn’s decision to decline an invitation from Lululemon to participate in a leadership training program they were developing for the Yoga Journal Conferences. Ms. Corn explained the reason for her decision:

“I told them that I couldn’t be a part of a training program they were hosting unless they themselves were willing to model true leadership, which includes ownership. Their lack of transparency and silence around the controversy in 2013 was irresponsible.”

The “controversy” was a perfect storm of long-standing questions regarding the compatibility of Lululemon’s philosophy and ethics with those of yoga combined with incendiary statements by Lululemon founder and majority shareholder Chip Wilson regarding, among other things, problems with Lululemon’s product line. It all resulted in a public relations disaster and an invitation from Alanna Kaivalya in a phenomenally viral Huffington Post article.

The Practice of Leadership panel discussion was described as follows:

“In this session, we will take on the delicate balance of spiritual values and corporate responsibility featuring community leaders, social change activists and Lululemon leadership. It will be an open and honest dialogue that gets at the heart of our practice, our role as conscious leaders and how to create community in conflict.”

Yogadork posted a nice summary of the proceedings and asked readers to stop and ponder a significant question: “Do you feel Lululemon (a corporation) should be held responsible for upholding yogic values, diversity and inclusivity?”

My answer is that Yogadork rolled two very different questions into one. A coherent response is not possible until the two questions are separated. Here’s why:

Panel member Rachel Acheson, Lululemon’s VP of Brand & Community, made the claim that Lululemon was “a reflection of the yoga community”. Whether or not this is, could be, or should be true, and the implications of each facet of the question, seemed to me to be the essence of the discussion.

Should Lululemon’s target market think that Lululemon is a reflection of the yoga community? If you’re in charge of strategic marketing and marketing communications at Lululemon, creating precisely that impression is your job: duh!

But it wasn’t Lululemon’s existential definition as a corporation beholden to its shareholders that had me thinking that something was wrong with this picture. As I listened to the discussion I heard a lot about diversity, inclusivity, community, and descriptions of people according to body size, body type, body image, gender identification, sexual orientation, socio-economic position, and geographic location; in other words, a wide variety of ways that people identify with the body. The conversation revolved entirely around bodily designations and the need for inclusion of all these bodily designations within the ‘yoga community’.

And therein was the unspoken premise of the discussion: that the ‘spiritual values’ and ‘yogic values’ at the ‘heart of our practice’ are synonymous with progressive ideals of inclusivity based on bodily conceptions of identity.

Not according to the Yoga Sutras or the Bhagavad Gita. The seminal texts of yoga waste no time in clearly stating their shared fundamental proposition: that we are not the body; that we are eternal, conscious, spiritual beings whose existence does not depend on the existence of a material mind/body complex. And the condition of identifying with the body is characterized as avidya; the absence of vision or, as it is commonly translated, ignorance.

So Lululemon is identifying the ‘yoga body’ as being one kind of body and the convocation of inquisitors was identifying the ‘yoga body’ as including every kind of body and no one among the ‘leaders’ of the yoga community was identifying anyone as not being their body. In spite of its primacy in yoga philosophy; the “spiritual values” under discussion did not include any distinction between spirit and matter, between ‘self’ and ‘body’.

Spiritual values are, by definition, based on a spiritual, rather than material, conception of life. And there is a sociological function of yoga that includes a system of economics and social organization that supports the transcendental function of yoga, namely, realization of the self beyond the body. The socio-economic model of yoga is antithetical to the current paradigm of industrialized global pseudo-free market capitalism. So for Lululemon to exemplify spiritual values they would have to lead the charge to demolish the very system their own core philosophy (Objectivism) champions, and, in doing so, orchestrate their own demise.

As time ran out I was granted the last question (in part because I’m in a male body and no other men, among perhaps three of us in the room, had been given the opportunity). So I asked the ‘leaders’ if they had any plans to lead the yoga community away from a preoccupation with identifying the self with the body and asked the folks from Lululemon if they were prepared to self-immolate in order to align themselves with the values of yoga.

Laurent Potdevin, Lululemon’s new CEO, didn’t have time to indicate whether or not he was familiar with the Yoga Sutras. But he graciously answered the second part of my question, assuring me and the assembled multitude that (surprise!) he had no intention of burning the company’s corpse on the banks of the Ganges. The facilitators (Ms. Corn and her partner, Hala Khouri) were obliged by the constraints of time to close the proceedings so they can be forgiven for not addressing my  question on the spot, but now that time is not an issue I would sure love to hear from them about it.

Make no mistake, I think the spirit of service that OTM encourages is great and I wholeheartedly support all of my friends and colleagues who accept these kinds of challenges. But there is a pinprick in the social body at large that ripples out into conflict, scarcity, and injustice and material solutions minus a genuinely spiritual component are insufficient to solve these problems because they remain within the framework of the cause to the effect. There’s a need for the re-spiritualization of the entire human society. The yoga community can, and should, fill this need for our own good, for the good of society, and for the good of the entire world. 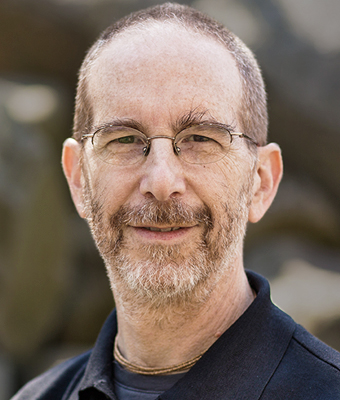 About Hari-Kirtana Das: Growing up as a child of the 60’s counter-culture, Hari-kirtana das has been interested in yoga, meditation, and eastern philosophy for as long as he can remember. From 1977 to 1982 he lived full-time in devotional yoga ashrams and intentional spiritual communities. After many years of study and practice, he began his career as a yoga teacher in 2009. Hari-kirtana’s asana classes feature challenging poses embedded within eloquent sequences and detailed instructions on how to move into your fullest expression of each pose. His yoga philosophy workshops and Teacher Training sessions are thought provoking and thoroughly engaging. Hari-kirtana is registered as an E-RYT 500 teacher with the Yoga Alliance, holds an 800-hour Jivamukti Yoga teaching certification, and teaches classes, workshops, and Yoga Teacher Training sessions throughout the mid-Atlantic region. He writes for teachasana.com and maintains a blog on his website: hari-kirtana.com.