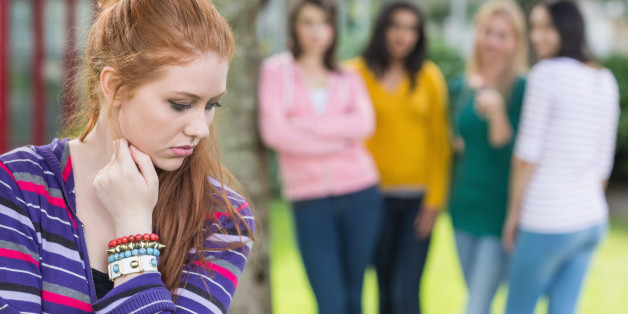 Everybody loves a bully.

In politics, at work, in yoga, bullying is part of almost every organization and institution because it helps maintain the status quo.

Now I know what you’re thinking… No, we don’t love and enable bullies! If that were true, then why do they so often rise to the top? Why do they always seem to win? (Why are they the United States Republican nominee for president?!?)

Bullies are popular, although quick-tempered and impulsive.  Studies also suggest they are more prone to lying and stealing. They need an audience to witness the strength of their influence to harm or intimidate those who they perceive as weaker. The participation or silence of the audience feeds the need of the bully for attention and acceptance.

The ways in which bullies work their magic differs between genders in childhood and adolescence. Where boys bully with threats or acts of violence, girls simply terrorize their victims with psychological abuse that leaves scars which are visible well into adulthood.

So as boys get into fistfights, girls seek to psychologically destroy other girls through rumor, gossip, and isolation.

And while a fist fight could end in physical injury, the psychological scars of girls’ cruelty last a lifetime and create roles of dominance and submission that are often repeated into adulthood.

For the most part women are raised to be pretty, not honorable.

For boys, what may start as a conflict leading to a fistfight can result in newfound respect for each other and as so many men say about the experience: “we ended up as best friends.”  So, as boys release their aggression in a fistfight, they often end making make peace with each other as a result.  Conflicts between girls seldom have such resolutions. 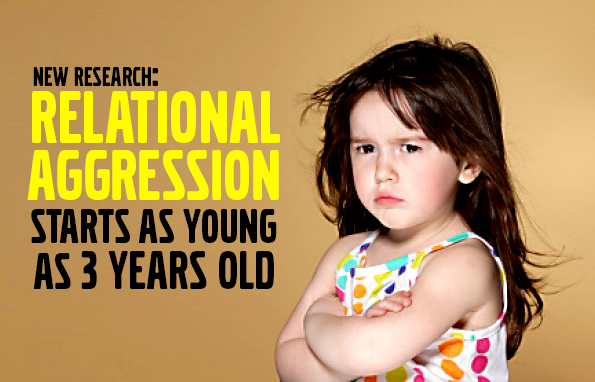 In girls, this behavior can begin as early as 3 years old, and the behavior persists into adulthood, with the same roles being replayed over and over again throughout our lives.

These roles are classified as the queen bee, her drones, and the victim. The queen bee is the primary aggressor, choosing the victim and the roles of her subordinates. The drones fill various roles, from sidekicks to gossips that appear to be sympathetic listeners, only to twist any information into ammunition.

The queen bee moves like a predator hunting for its next meal, it splits the target from the safety of the group and takes it down. They exert their power through a combination of belonging to an exclusive group and a deep fear that anyone might be next.

Their goal is to divide and conquer.

Almost everyone has had this experience in one form or another. It might begin as a whisper campaign, as rumors slowly spread, only to be amplified in anonymous online comments and hateful emails. Sometimes the participants, claiming to be doing the victim a favor,  repeat the rumors – essentially rubbing salt into the wound.

It happens as members of a community turn a cold shoulder to the targeted victim. It happens when one member of the community becomes the ‘whipping boy’, taking the brunt of petty frustrations and jealousies they are almost always not responsible for.  It happens when people believe the bully’s smear campaign narrative at face value, not wanting to risk being left out of the “in crowd.” The enablers are not bad people, it is a role they have been conditioned to play. Also, enablers are usually loyal friends – and their loyalty is exploited by the bully.

Bullies start rumors against their victims to socially isolate them and destroy their friendships. Some go so far as to get them fired or blacklisted.  And given the studies which show that social isolation shortens one’s lifespan, the bully and their enablers are essentially trying to kill their victim…slowly.

The queen bee is not always female.

“Nothing has more potential to subdue women’s role in leadership than the oft misunderstood relations among women themselves. Indeed. it is not the artificial barrier of the “glass ceiling” that prevents and discourages women leaders as much as the particular expression of gender-bound aggression within the ranks of women.”

While this behavior can hold back women from professional growth, it is considerably more damaging to a spiritual practice.

Unfortunately in spiritual communities it is the appearance of spirituality that is valued rather than actually being spiritual. And those who wear the affectation often excel at sanctimony. When they attack others, they do it from a place of spiritual superiority.

They attack others by saying they lack compassion or are “un-yogic.” They seek to discredit the victims spiritual practice, lineage, or authenticity.

Yoga bullies use yoga as a weapon.

They do this to undermine and ostracize their victims. They cut off the victims from community, and if the victim is a yoga teacher, they seek to damage their livelihood. There are many teachers that have been pushed out of studios, the workshop circuit, and yoga festivals, all due to bullying.

Sadly, the bullies cannot see the hypocrisy of their actions because they lack the ability for self-relfection and evaluation.

It’s easy to talk about yama & niyama, but you can’t exactly take a yoga selfie for Instagram of you practicing ahimsa. And that’s a problem.

In the world of yoga, aggressive acts that are physical take the form of sexual abuse. These predators get away with it, often for years, before victims come forward. Of course this is unacceptable, but with outright aggression there is legal recourse, even if the statute of limitations has expired cases can be taken to a civil court. In short, there are consequences.

There are no consequences for bullying.

When the abuse is covert and peoples psyches are being damaged, when people are rejected and ostracized, there is literally no way to fight back. Any response is used against the victim as “proof” of the smear campaign.  Or as any school-age child knows, its the one who hits back at the bully who gets in trouble – not the bully.

In organizations, bullies get away with their attacks because they are supported and promoted by those in charge, whether that person be a manager, school teacher, or a parent. The bully serves the role of attack dog. They not only defend the position of those in authority, but also out anyone with a dissenting opinion or role.

The bullies, if not the authority figure, are cheered on by the authority figure and attack the dissenters. When dissenters speak up, defend themselves, or look for support, they encounter massive gas lighting (a denial of the attacks). These aggressors have the support of the remaining community, and the victim has no one to turn to.  “The covert nature of the aggression leaves the victim with no forum to refute the accusations and, in fact, attempts to defend oneself leads to an escalation of the aggression.”

The victims are literally helpless.

Whether it occurs on the school playground, in a Facebook discussion, or in the studio – the dynamic is the same.  The bully commits an act of aggression, and if the victim responds in any way they end up being the one getting into trouble or looking bad. The victim is often accused of being the bully.

To say this kind of bullying is unique to yoga would be dishonest. It occurs everywhere. But within the yoga community, where ahimsa is a principle we claim to stand for, aggression can only be covert.

So… Why do we love bullies?

Because bullies win. Because they entertain. Because they have the full authority and weight of those in charge behind them. Because not supporting them means you might be their next victim. Bullies prey on, bring out, and thrive off of the innate cowardice in people.

But, worse, many admire bullies and even envy them. They envy the power, and the authority, the lack of self-consciousness and embarrassment other people have of seeing the hurt in the eyes of someone they’ve just wounded.

People envy the lack of humanity bullies have.

Imagine what you could accomplish if you really didn’t care what anyone else thought or felt. (It is no accident that CEO’s are four times more likely to be a sociopath as compared to the general population.) And if people cannot be a bully, they will support and protect the bullies – just like the intoxicating perfume of fame or wealth draws adoring masses, so does the pungent aroma of fear and blood.

Why do bullies win?  Because we let them.

Yes, there is nothing a victim can do about it – but a witness can. The only way to stop this behavior is to recognize it and refuse to enable or accept it. We need to speak up when we see it happening and refuse to participate. Bullies only have the power people give to them when they ignore or enable their aggressive behavior.

To stop a bully we must remove the bully’s support, and thereby remove their power.

Think back to our own childhood and young adulthood, and we can all recall moments when we’ve enabled a bully.  Think back to just a few years ago, and we can all probably recall a time when we participated in gossip, laughing while someone else was being defamed. If we’re honest with ourselves, we’ve all done it.

We’ve also all seen and experienced healthy spiritual communities, run by humble people who truly live their practice and don’t tolerate aggressive behavior.  In such communities, members also look out for each other and don’t allow anyone to be bullied while rejecting gossip and its corrosive effects.  If someone has an issue with another, they have an honest and open conversation with an eye toward resolution and finding new respect and understanding for one another. This is how we can build healthy spiritual communities.

When someone is being bullied, step in and support them.  Refuse to enable.

When someone is being ostracized, reach out to them and offer a lifeline.

When you hear gossip, shut it down.  Tell them you don’t want to hear it and leave the conversation.

Because if you see it and do nothing about it, you are just as responsible as the bully.

Let’s build supportive communities instead – where everyone is welcome and no one is bullied.