Aparigraha in The Age of Consumption ~ Chris Kiran Aarya 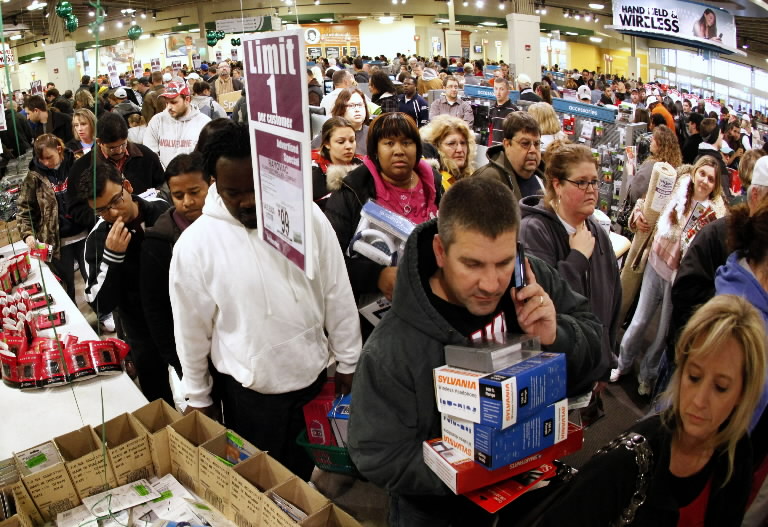 A few years ago, I wrote an article, Retail Therapy For The Economically Recessed, which touched on the yogic restraint of aparigraha (non-hoarding, non-grasping).  At the time, I approached it from the angle that most do; one of resisting the urge to consume ever more stuff and not taking more than you need.

And of course commentators on the Yoga Sutras of Patanjali have rightly addressed the problems caused by the fervor to acquire ever more things.  Vyasa pointed out how acquiring, possessing, and preserving material things can bring about attachment and injury.   Later, Swami Hariharananda wrote that holding possessions so dear can cause samskaras in our efforts to keep and hold them and feel badly later when we lose them.  He also said that this hoarding of things without sharing them is “utter selfishness and shows a lack of compassion for others.” 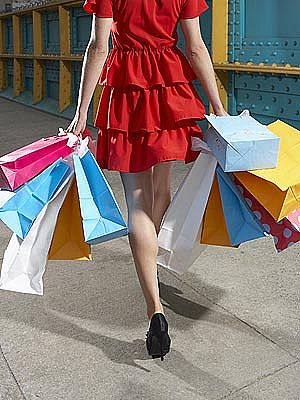 It seems we’re always grasping for something we think we don’t have enough of; possessions,  people’s attention, a great looking pincha mayrasana, or the accolades of others.  One aspect on non-hoarding that comes to mind is the need for us to apply it to everyday conversations.  You can live a most frugal and materially unselfish life but if you tend to dominate every conversation you’re in and hog up all the attention, you’re probably not fully observing the yama of aparigraha.

Sure, we all have something to say and want to be heard or seen,  but not hoarding the conversation and always drawing attention to yourself but instead leaving space for others to offer their thoughts and be seen makes for more harmonious interactions.  So, aparigraha includes sharing the honor of being heard with others.  Besides, we do learn more by listening!

I’m not saying you shouldn’t speak your truth – far from it.  What I am saying is that in speaking your truth, explore your own intentions and ask yourself if you are allowing space for others to speak theirs as well.   This also means taking the time to listen. not just finding someplace else to be (mentally or physically) when it is someone else’s turn to speak.  Its also important to let people know that you’ve heard them and are considering what they’ve said instead of just quickly dismissing it and putting forth your own viewpoint.

What about other ways we interact with those around us, like the way we occupy space on the sidewalk, the studio, or the grocery store?  After over 15 years of living abroad I’m often still in culture shock when I see the way Americans physically occupy space, with little awareness or regard for how it affects others.  Yes, I believe aparigraha applies here as well.

Sure, this hoarding of space can take the form of trying to have the biggest house, the biggest car or staking out your own 2 acres of space at the beach but its often much simpler than that.

It doesn’t matter whether its a group of friends walking five abreast on the sidewalk (and expecting everyone else to move out of the way)  or the ones who block an entire grocery aisle with their cart while standing with their hands on their hips looking at an item – we Americans are space-hoarders.

As a tall person with long arms and legs, I’ve always been hyper-sensitive about not taking up too much space since if I’m not mindful about it, it is just going to happen – especially in a crowded yoga studio.   I often joke that the reason I wanted to teach yoga was because it seemed that only at the front of the room could I fully stretch out my arms…but I digress.

Sure, we’re a country with a low population density and a cultural need for “personal space”,  so we do seem to come by this one honestly.  But, as our public spaces become more crowded, a little less space-hoarding and more personal awareness could go a long way to improving everyone’s quality of life.

Of course being mindful all the time that we’re not monopolizing a conversation, taking up too much space or too much of someone’s time can seem like it would require a lot of effort (hey, that’s why its called a practice!).  But of course yoga has an answer for this in the second niyama of santosha.   Santosha is the contentment which comes from releasing from the need or desire to accumulate more of anything.   It means knowing and feeling that you have enough, that you are enough.

And santosha can be a real challenge when we live in a world where every advertisement, when nearly every message from the samsaric world is telling that you lack something or that you are not enough until you buy something, lose 10 pounds, or take a trip to the Bahamas.  Its a constant barrage of messages that happiness comes from the outside, and only when you acquire something or achieve some external goal.

How many times did you seek something or an accomplishment, finally get it, and only then realize that it did not change your life?  How often must this happen to us before we realize that happiness does not come from accomplishments and acquisitions?

So how to withstand the constant challenges to seeking santosha?  For starters, you can turn them off as in turn off the TV and stop reading those magazines and newspaper ads telling you that you lack something.   Stop comparing yourself to other people.  Stop allowing your friend’s happy Facebook status updates depress you and instead let them make you smile…and realize that their life is no more “perfect” than yours.  Look around you and see how blessed your life really is.  If you’re reading this, it means you have access to a computer, which also probably means you are among the lucky souls on this planet who has access to clean drinking water, sanitation, a warm place to sleep, and food on the table.

Most of us are lucky to live in true abundance and it is something we should be grateful for.   Observing santosha means living with gratitude and abundance.  It means knowing that happiness does not come from having more stuff, more attention, or more of anything.

So, instead of feeling the need to shop till you drop or say everything you want to say in every conversation, living in abundance reminds us of the richness of the life we already have.  It reminds us of the thoughts and ideas someone else may have – which helps us to actively listen and engage others in real conversations, not a series of monologues.   It also releases us from the feeling of insecurity that we need to grab stuff, space, and attention while we can, lest an opportunity be lost.

And finally, living in abundance makes us aware of just how fulfilling our lives can be.  If we practice this each day with a sense of gratitude, it won’t be long before we’re living with aparigraha without having to think about it.

So, in the coming weeks as the deluge of advertisements bombard us with messages designed to tell us what we lack, by living in abundance and gratitude we can blissfully smile and breathe our way through the season in santosha.

Plus, the space we’ll be leaving in the aisles of those stores by our absence will make it easier for others to embrace aparigraha in some way as well.  😉

« An Introduction to Tantra: The Yoga of Sacredness ~ Ramesh Bjonnes
Why Daily Deal Offers Are Bad For Yoga ~ Chris Kiran Aarya »