Turn Yourself Up To 11! By Chris Kiran Aarya 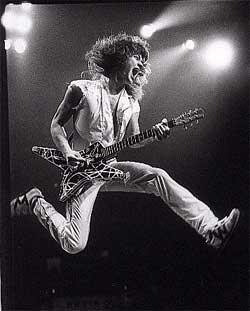 A few months ago, I was walking through an Amsterdam shop and saw a yoga magazine on the shelf.  Excited, I picked it up and paged through it until I saw an article on an American teacher living in the Netherlands and one of the highlighted quotes was her saying that:

“I find that I need to temper my American enthusiasm here in the Netherlands.”

All I could think was how sad that was, and sadder still that the magazine thought it such an important quote that it was worth featuring it in such a prominent way.

This gave me a flashback to feedback I had been receiving for most of my life; curb your enthusiasm.

As a college freshman pledging a fraternity, I was put on probation but not for the reasons the others were; poor grades, not showing up for house cleanup and so forth.  My transgression?  I was placed on probation because I was deemed “too enthusiastic.”

Later I was in a long-term relationship with someone who no doubt loved me the best she could, but the constant message was to tone it down on being me.

Then, I had a few friends who were so mired in their own disappointments that they constantly made me feel badly for being excited and happy, even when I was on unemployment and going broke.  I guess they wanted me to turn down my light so theirs would not feel so dim.

Imagine going through life and never letting yourself get excited about anything. Imagine being too cool to feel or show any emotion.

It’s this concept of cool that encourages people to look as bored as possible. It is a celebration of the embodiment of ennui and a temperament of tedium. In a world were entertainment is sought at any cost, why do we so highly value those who appear unimpressed and unaffected by everything? And why do we seem to punish or scoff at those who revel in the wonder of the world?

I get excited when I’m about to teach a yoga class and while I’m teaching it (just ask my students).

I get excited when I’m out exploring in the mountains.

I get excited to meet new people, hear their stories, or eat something great.

I get excited showing my friend how to make a Greek frappe, or see someone do something they never thought possible.

I remember clearly when I was first dating my wife and feeling excited but also trying hard to curb my enthusiasm because it was something that had soured so many previous personal relationships for me.  Then one day, she asked me why I was holding something back…why I was not letting loose and being me?

What followed was the greatest gift she could ever give me.  She said “I love you, all of you, so I need you turned up to 11.  Don’t hold back on me – I love and want the real, whole you.”

No one had ever asked me to do this before.  In fact, my life up to that point had been constantly navigating relationships and work situations where I was asked to be less enthusiastic…less me.

So, I turned myself up to 11 and it has made all the difference in the world.  I’m much happier, having much more fun, and no longer ashamed or embarrassed to be my real, goofy, enthusiastic self.

Looking back, I realized that I should have walked away from every one of those past situations where I was asked not to be my whole real self…to be less excited about life.  I ended up leaving all of those situations eventually, but I also missed out on a lot since I was convinced there was something wrong with me instead of realizing that I was surrounding myself with people who wanted to dim my light.

Do you have people in your life who ask you to be a little less you?  Do they say things like “oh, you’re just too much?”  Do they act like you are not cool unless you can put on the air of jaded boredom that seems to be in fashion these days?

My answer is simple: Oh Hell no!

If the people you surround yourself with ask you to dim your light, you’re better off being alone and being your whole real self than being with people asking you not to be you.

What this world needs is not less, but more joy and enthusiasm.    Its hard enough out there these days so this is not only necessary for your own happiness, it’s a requirement for the healthy functioning of our whole society. 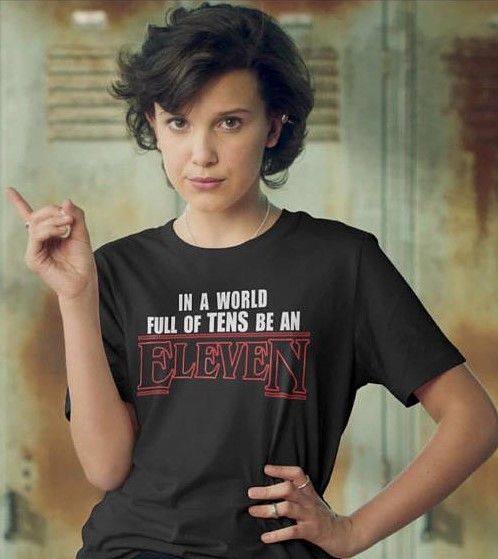 Be your goofy, geeky self and let yourself be excited about the simple joys of living; the miracle of a flower producing a bloom in spring, the sound of chirping birds, a baby’s laugh, or the look two friends have on their face upon meeting when they have not seen each other in awhile.  The carefree way you dance when you don’t care who is watching (muss less commenting), wearing bright colors when everyone around you is in drab gray and black.  Dancing in your seat when you take the first bite of some amazing food (or not).    Having a big and sincere smile on your face regardless of the long faces of the people sitting on the subway next to you (I’m looking at you DC metro riders).

And if not being so flamboyant and keeping quietly to yourself is your thing – then embrace the peace and silence that you embody; that is how you can turn yourself up to 11!  (In Europe you’ll feel right at home since this is the norm)

My favorite line from the movie The Shawshank Redemption is spoken by Morgan Freman’s character;  “Get busy living, or get busy dying’.”  So what are you waiting for?

If you really love someone, give them the gift my wife gave me – the permission to be as enthusiastic and excited as they can be.  To be themselves and know you love them that way.

So stop holding back!  Let’s turn this world up to 11!

being yourself, k, life, living an authentic life, love, yoga