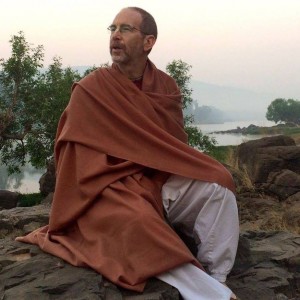 The backhanded benediction, ‘may you live in interesting times’, is neither ancient nor Chinese. Nevertheless, we appear to be the unfortunate recipients of this odious blessing.

As our hearts ache for the victims of all manner of terrorists, we practically pull our hair out asking ourselves “Why?”

There’s no shortage of apparent causes for extremist violence: racism, misogyny, economic inequality, bone-headed ideologies, war-mongering industrialists, psychopaths and global warming all have a place on the list of how terrorism raises it’s ugly brow.

The tenacious extremism emanating from the Middle East can be blamed on a century’s worth of western interventions that have progressively destabilized the entire region. In America, our run of domestic terrorism can be blamed on the ease with which any kook with an ax to grind can arm himself to the teeth. Aside from easy access to weapons, terrorists of all stripes always seem to have one other thing in common: religion.

The easiest doorstep upon which to lay blame for violence born of religious extremism is religion itself. And why not? After all, violence has always been a conspicuous companion to the monotheistic religions of Semitic origin. A pre-disposition for intolerance, expressed in the most vicious manner imaginable, seems to be a part of the Abrahamic religions’ DNA.

After watching a centuries-long parade of sanctimonious thugs guilt-trip the inadequate, vilify infidels and, ad extremum, visit horror upon innocents, we find ourselves afflicted with a kind of Post-Traumatic Faith Syndrome that induces a reflexive recoil from any claim of an objective or absolute Truth.

“Warning, warning – danger Will Robinson!” cries our ever-vigilant inner Robot; we duck and cover at the first hint of an assertion of ecclesiastical authority.

Condemning religion as the root of all evil, we choose instead to seek out spirituality on our own terms. It has thus become fashionable to accept the idea of customized personal truths, all worthy of equal recognition and respect, rather than one objective Truth, on the assumption that we need to honor everyone’s personal truth in order to be inclusive… and safe.

Unfortunately, the ‘theory of personal truth’ breaks down as soon as someone says ‘my personal truth is that if you don’t believe as I believe then I have the God-given right to torture, kill, or enslave you.’

Obviously we will not support such a personal truth: the falsity of our sense of security is exposed by our unwillingness to validate the very thing we seek security from. We are thus obliged to acknowledge that, in reality, we hold our personal truths to be objective truths that others, if they were sufficiently intelligent, would understand and accept.

Which brings us back to objective Truth and the problem of religion. The word ‘religion’ actually means ‘again, to connect’, synonymous with ‘yoga’: union. The intention of a religious scripture is to guide the practitioner of religion to the experience of religion: reunion with the source of our being and re-acquaintance with our own true nature. In this respect, the ancient wisdom texts of yoga can rightly be called ‘scripture’.

Unless one chooses to allegorize everything and interpret the allegory according to their liking (which leads us right back to the logical fallacy of ‘personal truths’), yoga’s own original scriptures have a self-evident theism: an Isvara who is categorically different from all other beings. Devotion to this Supreme Being is said to bring about the perfection of samadhi, the spontaneous self-knowledge that is the blissful fulfillment of yoga practice.

Is this to say that devotional yoga relies on the same kind of scriptural imperatives as the Abrahamic religions? I don’t think so. In fact, I’m of the opinion that the wisdom texts of devotional yoga tell a far more complete, compassionate, and inclusive story than found in the scriptures of the Abrahamic traditions.

The conception of God in western religion and the conception of the Absolute Truth in devotional yoga are not the same. The former refers to a remote creator who is barely accessible to his creation and may either welcome you to Heaven if you accept him on his terms or sentence you to eternal torment, without the possibility of parole, for as little as a thought crime. The latter, by stark contrast, refers to a complete reality of which we are a part, along with a transcendental, personal aspect of the complete reality with whom we have a direct and immediate relationship.

In other words, yoga describes an Absolute Truth that is, by definition, completely inclusive. From the standpoint of yoga, if anyone or anything is left out then it’s not the Absolute Truth.

Devotional Yoga scripture can thus do something that western religious scriptures can’t: it can speak authoritatively about an Absolute Truth without descending into conflict with other belief or dis-belief systems. The problem with western religion has as much to do with what’s missing from them as it does with what they contain. And when fools, hypocrites, or mean-spirited monsters fill in the gaps while riding on the coat-tails of an angry, jealous God, we get our current situation, as described in the Bhagavad Gita:

“One blinded by passion cannot distinguish between right action and wrong action. Action performed under the spell of illusion and darkness, marked by violence, without concern for reactions to actions or distress caused to others, which considers irreligion to be religion and religion to be irreligion, strives always in the wrong direction, and is said to be in the mode of ignorance.” (BG 18.30-33)

What yoga can contribute to the project of world peace goes far beyond socio-political activism or new-age idealism: it can shed a fresh light on all the world’s religious scriptures and, in the process, illuminate the sublime universal truths they share while filling in the gaps that have vexed theologians of good will for as long as those scriptures have existed.

Our yoga practice should therefore not be one of going off on our own to find isolated personal truths but to come together in a mutually respectful way to help one another understand and experience the singular, all-inclusive Truth we all share. Because when we find the one Truth we all share then we will have found the Truth that will set us free.