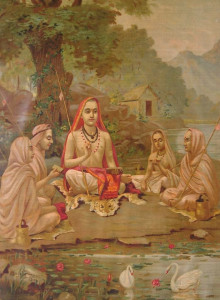 I have a guru. Many years ago, in an elaborate Vedic ritual, I confirmed my commitment to the spiritual practice my guru specified for all of his disciples. My guru, in turn, confirmed his commitment to connect me to the highest truth through a lineage of gurus stretching back to antiquity. The deal between us is simple: I accept his authority as a bona fide representative of an authentic spiritual tradition and he guides my way home.

I do not have a business relationship with my guru. I did not pay thousands of dollars for a yoga teacher training in order to be initiated. There were no workshop tuitions, there was no free labor masquerading as ‘karma yoga’, and I’ve never been his employee. Although it’s customary for a disciple to offer donations, my guru never asked me for any money. The only things my guru asked of me was to chant and be happy and to try my best to help fulfill the mission of his guru, just as his own guru (my grand-guru) had asked him to help fulfill the mission of his guru (my great-grand-guru), and so on back to antiquity.

Some members of the modern yoga community think antiquity is precisely where the institution of ‘guru’ belongs. In a rare case of near agreement with my modern yoga colleagues, I’m obliged to agree, albeit conditionally: the institution of ‘guru’ has no place within the framework of modern commerce-driven yoga. The reason is simple: profit motive. The very idea of yoga gurus running business enterprises runs counter to the principles at the core of an authentic guru-disciple relationship.

Some might argue that the appropriation of yoga by consumer culture is an inevitable or even natural stage in the evolution of yoga and that payment for instruction is the modern equivalent of guru daksina. I would argue instead that much of the modern yoga industry is a de-evolutionary incarnation: what was once the art and science of spiritual awakening has largely been downgraded to a superficial celebration of narcissistic materialism. As such, modern yogis who can’t or don’t distinguish between material and spiritual pursuits place their faith in materialistic gurus with predictably disappointing results.

The practice of yoga is a sane person’s response to the insanity of placing one’s faith in the pursuit of material happiness, which is a pursuit that, by its very nature, leads to disappointment. A guru’s role, in part, is to confirm the futility of pursuing material happiness and to show the disciple how to become free (liberated) from such insanity. In this regard, materialistic yoga is an oxymoron and materialistic gurus are obvious cheaters playing to a materialistic audience that’s asking to be cheated.

Fortunately, materialistic commerce-driven yoga is not the only kind of yoga available to sincere practitioners. Equally fortunate is that some yoga entrepreneurs include the opportunity to be a gateway to genuine spirituality as part of their business model. This is good because there are plenty of sincere contemporary western yogis who identify as ‘spiritual but not religious’ who will naturally gravitate toward the one place that appears to hold the promise of offering a non-sectarian and dogma-free spiritual experience: the yoga community.

The problem is that the yoga community’s promise gives cover to misrepresentations and mixed expectations. Some within the yoga community may approach a materialistic guru with spiritual expectations and come away disillusioned. Others may approach a spiritually situated guru with materialistic expectations and come away disenchanted. Still others may be let down by a guru who appears to be spiritually qualified until the power dynamics of the guru-disciple relationship present an opportunity for them to indulge their material desires at the disciple’s expense.

Rather than responding to misguidance and misbehavior by calling for the banishment of gurus, the yoga community should endeavor to understand and disseminate the actual qualifications for both gurus and disciples. Doing so would address the problem of misrepresentation on the part of the modern ‘cult of personality’ gurus, correct misunderstandings on the part of modern yogis about what to expect from a legitimate guru, provide a means by which sincere aspirants can judge the qualifications of a guru, and, if the damage is already done, help disciples recover from betrayals of trust by gurus who were presumed to be trustworthy.

“The true significance of these scriptures is revealed to those great souls who are devoted in equal measure to both the Supreme Lord and to their guru.” Svetasvatara Upanishad 6.23

At first glance this may look like the problem—blind faith—rather than the solution so a little unpacking is required in order for its value and relevance to be understood. This particular Upanishad is a treatise on perception of the truth through purified senses. The proposition is that the guru is qualified as an emissary of the Supreme Lord (or the Highest Truth) by virtue of having mastered their senses. Control of the senses is the key to controlling the reservoir of the senses: the mind. Control of the mind is the mandatory pre-requisite for correct perception. With correct perception one sees the true nature of reality and one’s actual position as a part of reality. One who sees the truth has the ability to act as a transparent medium through which others can see the same truth. Such a person is a qualified guru and is thus accorded the same devotion as the Absolute Truth they reveal.

Yoga is a practical science that bestows direct perception of spiritual reality on the practitioner. In order to perceive the spiritual nature of reality the instruments of perception, the senses, have to be purified. Restraining the impulse to pursue the gratification of the material senses is the means by which purification of the senses takes place. Conversely, the pursuit of self-centered material desires reinforces misperception (avidya). Hence, in the Vedic tradition, yoga begins with ethical imperatives and purificatory observances —yama and niyama—that require restraining the senses from the pursuit of material desires. The reason for ethical restrictions and purificatory practices is not just a matter of morality; it’s the means to gain access to the ultimate scope of potential knowledge.

A qualified disciple is therefore one who is prepared to accept such a purificatory discipline as prescribed by their guru. Such an aspirant is characterized by humility, a sincere desire to understand the truth, a receptive attitude towards instruction, and the willingness to offer service to their guru. Correspondingly, a qualified guru is a master of the discipline being prescribed who is characterized by humility, compassion, purity, knowledge, tolerance, detachment, and self-control. When the disciple and guru are both qualified, the transmission of transcendental knowledge from guru to disciple is possible and the likelihood of misplaced faith on the part of the disciple is minimized, as is the potential for abuse on the part of the guru. 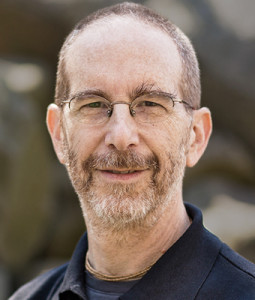 Growing up as a child of the 60’s counter-culture, Hari-kirtana das has been interested in yoga, meditation, and eastern philosophy for as long as he can remember. From 1977 to 1982 he lived full-time in devotional yoga ashrams and intentional spiritual communities. After many years of study and practice, he began his career as a yoga teacher in 2009. Hari-kirtana’s asana classes feature challenging poses embedded within eloquent sequences and detailed instructions on how to move into your fullest expression of each pose. His yoga philosophy workshops and Teacher Training sessions are thought provoking and thoroughly engaging. Hari-kirtana is registered as an E-RYT 500 teacher with the Yoga Alliance, holds an 800-hour Jivamukti Yoga teaching certification, and teaches classes, workshops, and Yoga Teacher Training sessions throughout the mid-Atlantic region. He writes for teachasana.com and maintains a blog on his website: hari-kirtana.com.