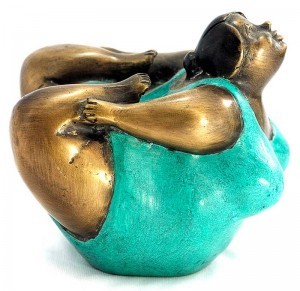 There is a growing phenomenon on social media. Yes, it is of yoga practitioners with tens of thousands of followers. And, yes, they post sexy selfies of themselves in asanas. The only thing that differentiates them from the unending tidal wave of yogis trying to get attention online: they’re not skinny.

I like this phenomenon. I have always celebrated and promoted the fact that everybody and every body can do yoga. I want to see more than just thin, scantily clad, young, white women doing yoga. I want yoga to be inclusive (including all people, men and women, of all skin colors, all sizes, and all socio-economic backgrounds) rather than the exclusive country-club vibe that is put forth in the yoga media, and by some yoga studios and gyms.

These yogis, primarily women,  get the occasional accolade in the form of an “inspiring yogis” article. And they have massive followings. But calling someone “inspiring” for simply being unashamed of their body isn’t a compliment, it’s patronizing – or in this case fatronizing.

And this is why I am deeply conflicted.

I know that any attention brought to these yogis is a step in the right direction. But I also know we can do better, for all of us.

Yoga Is For Every Body

Congratulating people for practicing yoga is no different than congratulating someone for loving them-selves, and in the case of these yogis it is the same message. It implies that doing so requires over-coming great obstacles: that bending their body is very difficult, that loving themselves is so hard. It sends the wrong message.

It’s Social Media – Not The Media

While seeing women and men of varying shapes and sizes may inspire some to begin a practice, they are still on the fringe. Even with massive online followings they are not brand ambassadors (brand ambassadors advertise for a clothing brand online to their followings in exchange for free clothing as well as sponsorship for online challenges). Regardless of the size of their followings these yogis aren’t being featured by clothing brands because most yoga clothing companies do not make clothes in their size. 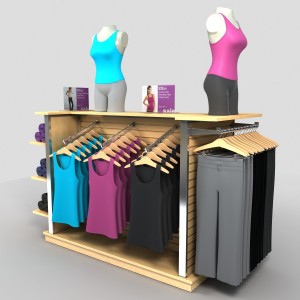 The biggest earners in the business of yoga are the clothing companies. If they can’t bother to manufacture a pair of pants or tank top in bigger sizes they won’t feature a plus-size model in their ads.

And it isn’t just clothing companies, and advertisements that needs to change. Magazines need to start featuring these practitioners for something other than their size. These are real people – not a dress size. Until our media starts representing our values we are not truly including or treating these yogis as equals.

They Still Have To Take Their Clothes Off

As stated previously, most of these yogis are women. And they are celebrated for loving their bodies and being body positive – and I believe all women (and men!) should love their body, and love themselves. We are all so much more than our bodies!

Adhering to beauty standards and mirroring images that promote women as sex objects is not moving forward, and it is not moving away from the images of women depicted in main-stream media. Celebrating our bodies can be an act of defiance and feminism, but not if we are allowing ourselves to be exploited.

We all deserve to be looked at, and more importantly, listened to when we are fully dressed.

And this brings us to the most important part of this dialogue:

We Are STILL JUST Talking About Bodies

This is the most heart-breaking aspect of the entire phenomenon.

We are still just talking about bodies. We are not talking about these people like they are people. We ignore their lives, and their experiences. We do not focus on their dreams, or fears, or relationships. Nor their accomplishments. Just their bodies. Just their appearance.

We all have ideas in addition to bodies. We all have lives full of complexity, unique experiences, and stories to share.

Every one of us are so much more than just bodies. It’s time to start seeing people of all genders, colors, and sizes not just as “inspiring” for their body, but deserving of love for who they are. Let us celebrate the diversity within our communities, honor the varied experiences, and empower one another to find self-acceptance and self-love.