A Yoga Festival For The Rest Of Us ~ Chris Kiran Aarya 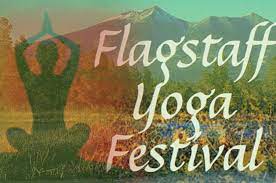 For years, I’d thought about attending a yoga festival, but for so many reasons, wasn’t sure if I would fit in. Was a six foot 2 inch, 220 pound dude bendy or enlightened enough to fit in among all of those blissed-out yogis and rock star teachers?

So many yoga festivals seemed so far away; on either coast or on an island, and always in a five star hotel, not to mention the hefty registration fee. Yoga festivals and conferences seemed so inaccessible, I wondered if I’d ever experience one.

So it was late last spring while surfing the internet for an excuse to go back for a visit to northern Arizona that I happened upon an ad for the first annual Flagstaff Yoga Festival. Here was an approachable, grassroots festival with a reasonable price in a town I loved. Best of all, a big chunk of the festival proceeds were going to the Sierra Club and toward building a new Waldorf school in Flagstaff.  Something just clicked in me—I had to go.

Just over 10 years ago, I rediscovered yoga while living in Flagstaff. I was looking for a way to improve my climbing and find more balance in life.  It didn’t take but a few classes with Ulla Lundgren at The Yoga Experience to give a name to what my mother had taught me as a young boy;  yoga.  As the years passed and I bounced around from place to place, yoga ended up overtaking climbing as my main passion in life.  So, a yoga festival in Flagstaff would be a homecoming of sorts.

Last summer, while driving across from Albuquerque I did get a little nervous, wondering again if I would fit in but, once back home amid the tall pines and clean mountain air, those concerns disappeared.    Everything about the Flagstaff Yoga Festival seemed almost purposely designed to say “welcome all!”  The event was held in a Waldorf school where you laid your mat down in elementary classrooms amid an atmosphere of early learning and discovery.  Any apprehension I felt quickly melted away as the playful and unpretentious vibe of the event, not to mention being around hundreds of like-minded people, made me feel right at home. 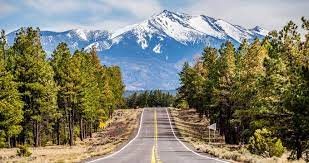 Sure, there were no “rock star” instructors but it was like going into one of those Nashville cafes full of amazing musicians you’ve maybe never heard of – but won’t soon forget.  Everything from the opening ceremony featuring Revital Carroll’s stunning Odissi dance to Tom Beall’s insightful Yin Yoga to Aubrey Hackman’s joyful Jivamukti classes (to name a few) made me wonder why I’d waited so long to attend such a festival.

And during a Thai Yoga Therapy class I discovered that I was not the only big guy grooving to the yoga vibe when I met (and partnered up with) the 6’7” Dan Gottlieb, a Phoenix/Detroit based yoga teacher better known as Yoga Dan. It was nice to know that if a former Arizona State basketball player can fit in, so can this broken down old climber.

“This was exactly the kind of atmosphere we tried to create, where people can get into their own experience,” said festival organizer Laura Brown in describing her vision for the sold-out event.

So now, having finally attended a yoga festival, I’m filling my calendar with more of them, especially the grassroots events like the Telluride Yoga Festival (July 8th to 11th), the World Peace Yoga Festival (October 21st-24th) and of course the Second Annual Flagstaff Yoga Festival to be held July 30th to August 1st.  Sure, someday I hope to attend one of those fantastic big festivals sponsored by a well-known yoga center or magazine, but for now I’ve  found my home (and so can you).

This article originally appeared in Elephant Journal in 2009.